WILL SMITH AND JADA ATTEND MEN AND BLACK 3 PREMIERE…TOGETHER! 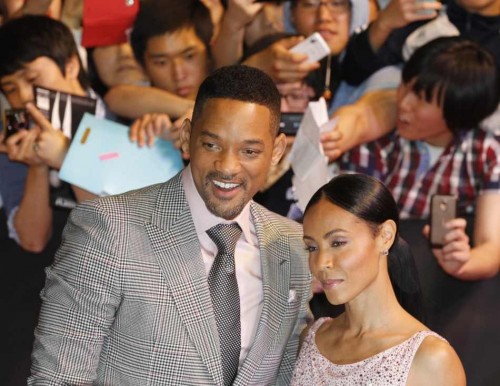 The stunning couple Will and Jada Pinkett Smith brought style to the red carpet at the premiere of Will’s new movie, ‘Men In Black 3′ in South Korea, recently. The two, color coordinated, with Jada wearing a pink wide-leg Giorgio Armani jumpsuit to match the pink accents in Will’s suit.

During the press conference for the film earlier this week, Will expressed how he felt about being back on the big screen after four years: