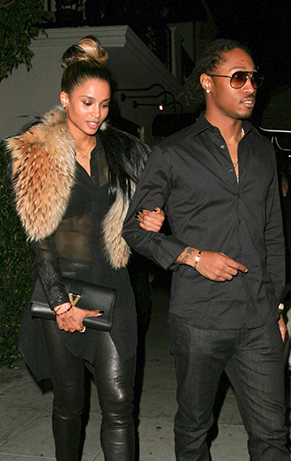 Hello Love! Looks like Future wants to make it last forever and he recently showed and proved. Ciara’s boo popped the question and she said yes!

Ciara’s future is Future: The R&B singer and the rapper-producer are engaged. Future surprised the Grammy-winner with a 15-carat diamond ring over the weekend, their publicist, Chris Chambers, told The Associated Press on Sunday night. She was already celebrating her 28th birthday in New York when he proposed. Future and Ciara have been dating for a year. No wedding date has been set.

Ciara took to social media to show off her new ring. Congrats to the future Mr. and Mrs. Future!