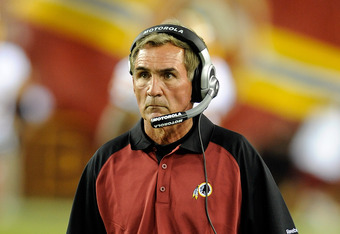 The Washington Redskins fired head coach Mike Shanahan on Monday, a widely anticipated move that leaves the franchise on yet another coaching search — its seventh since owner Daniel Snyder bought the team in 1999.

“Redskins fans deserve a better result,” Snyder said in a written statement released by the team. “We thank Mike for his efforts on behalf of the Redskins. We will focus on what it takes to build a winning team, and my pledge to this organization and to this community is to continue to commit the resources and talent necessary to put this team back in the playoffs.”