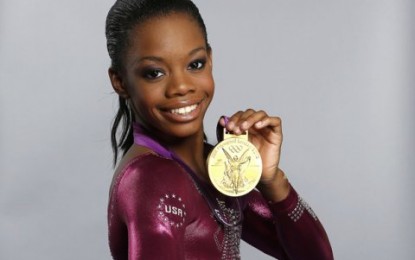 On the first day of Black History Month, Olympic Gold Medalist Gabby Douglas’ inspirational story about her rise to success will air on the Lifetime network.  According to Essence, the upcoming... END_OF_DOCUMENT_TOKEN_TO_BE_REPLACED

These two young ladies are AMAZING history makers and a true example of the outcome of discipline, hard work, and dedication. Read on…. END_OF_DOCUMENT_TOKEN_TO_BE_REPLACED

Civil rights leader Rosa Parks will be honored on her 100th birthday in a MAJOR way! END_OF_DOCUMENT_TOKEN_TO_BE_REPLACED

Jay-Z just can’t stop being hot! Last night the King of New York made money and history being the first rapper to ever perform at Carneige Hall. The benefit concert was held to raise funds for... END_OF_DOCUMENT_TOKEN_TO_BE_REPLACED

TEA PARTY: "REMOVE SLAVERY FROM THE TEXTS"…SAY WHAT?!

According to reports, the Tea Party recently presented legislators in Memphis, Tennessee with five political priorities that need to be immediately remedied. One of which was education. The... END_OF_DOCUMENT_TOKEN_TO_BE_REPLACED