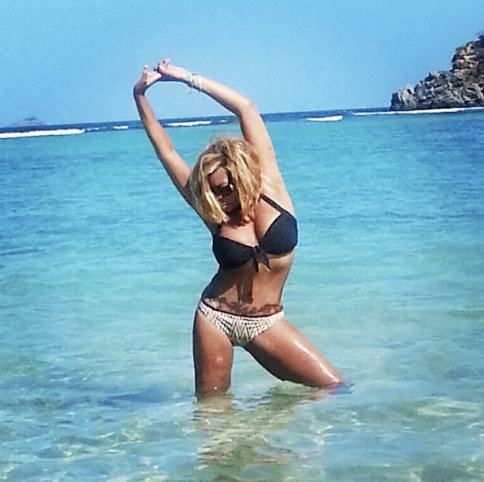 Well hello Wendy Williams!  The radio personalty turned TV star recently showed off her new bikini body channeling her inner Beyonce’.  Wendy has been working on her fitness and look since she’s seen daily across the country. As a way to promote the new 2014  season of “The Wendy Williams Show” the talk show host posted the above pic from her Holiday vacation. The picture was too hot for some to handle and many didn’t believe it was her in the photo.

During a new episode she addressed the photo and said people simply aren’t used to seeing her newly transformed bod. She said she eats right, stays in the gym for a flat tummy, the tattoo across her tummy is from her tummy tuck from years ago, her short vacay wig is so she doesn’t have hair dragging in the water behind her, and her boobs look smaller in the pic only because EVERYTHING looks bigger on TV.

Wendy turns turns 50 this year! How you doin’?