SERENA IS SAYING "DEUCES" TO "LOVE"…AT LEAST FOR THE NEXT DECADE!!! 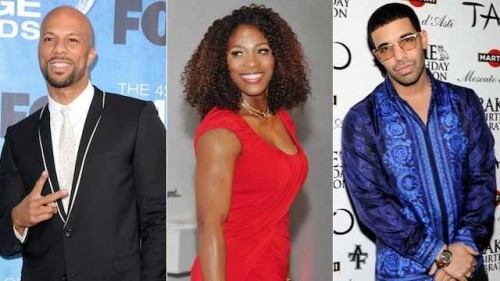 We’ve all been through the pain of a break up or two that knocked us off balance and unfocused, but according to Serena Williams her last relationship caused her too much of a heartbreak for her to ever consider getting into another one. Or at least for the next 10 years.[Whew girl..that’s a long time!] She recently revealed in an interview:

I have given up on dating; It just hasn’t worked out well for me. I’m a really emotional person. I give my all and everything. I do make mistakes — like every human does — but the last relationship just was too much of a heartbreak for me. I just can’t go through that anymore. It was hard. I just have to remove myself from that atmosphere for about the next decade or so.I can’t get involved.

According to Celebuzz, the heartbreak culprit could either be long-time boyfriend Common or Drake. [Drake’s normally on the receiving end of these heart breaks] Back in September, Serena and Drake started hanging out and playing tennis and months later, he told Complex that she was definitely someone that was in his life. Unfortunately, in December, rumors of a short-lived romance between Drake and model Dollicia Bryan crept onto the net and Serena didn’t take that too well.

NOW THAT FAKE ME OUT BEEF COMMON HAD WITH ‘CANADA DRY’ MAKES ALOT MORE SENSE!!!