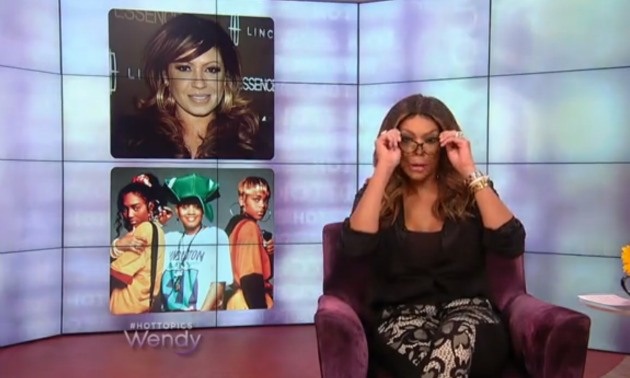 Finally! Pebbles Reid has emerged from Twitter to television to set the record straight on allegations that she robbed TLC for millions of dollars and who better to get the tea spilling than Wendy Williams. The conversation included plenty of shade and sass as well as a surprise visit and a few choice words from Pebbles daughter Ashley. See the full interview below: