FLAG ON THE PLAY!!! NFL HAS A FEW QUESTIONS FOR JAY Z’s ROC NATION SPORTS AGENCY 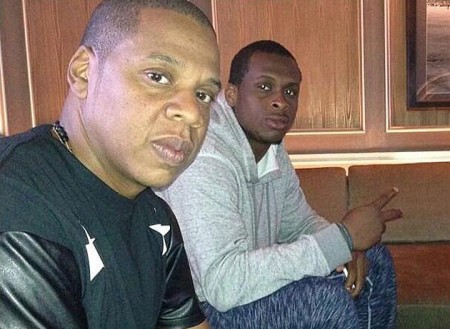 According to Yahoo Sports:

Perhaps New York Jets rookie quarterback Geno Smith should have known that his name would be mired in controversy when the Jets took him in the second round. After all, the Jets are far more adept at collecting headlines than wins lately. But Smith, who is now competing with embattled Mark Sanchez for the team’s starting job, set himself up for his current situation by firing his former agents, Jeff Nalley and Erik Burkhardt of Select Sports Group, after he fell out of the first round of the draft and was selected with the 39th overall. Then, Smith hired the growing Roc Nation agency, led by rapper Jay-Z. And that process has raised several questions regarding the way business is supposed to be done.

In 2012, the NFLPA banned the use of “runners” — people without appropriate credentials used by agencies to recruit clients. And though Smith was technically signed by attorney Kimberly Miale, the potential involvement of Jay-Z, who is not certified as an agent, has other agencies wondering if the rules aren’t being circumvented in this case. Albert Breer of NFL.com recently reported that the NFLPA will investigate the process by which Smith was signed.

Get more on this story here.