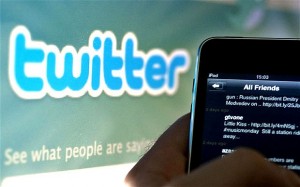 Mark you calendars and get Ready!!! On August 15th 2012…It’s going DOWN!!! This is going to be an EPIC AFFAIR! For the first time ever the DMV will experience the EZ STREET SHOW Twitter Awards!!!

Understanding the power of social media, EZ STREET decided to use his twitter account (boasting over 50,000 followers)  as a tool to get people to come from behind their computer screens and smart phones to meet each other in “real life”. In addition, the awards will allow people to be recognized and provide the opportunity for DMV talent to showcase their skills.

The @EZ Street Twitter Awards will be held at LIV nightclub on August 15th, 2012 at 7 o’clock pm. Performances by local artists include Reesa Renee, Pro’Verb and One Way Boobe. This event is sponsored by ALS, Sports Zone, and Keda Kakes. The award categories cover all bases and some are pretty hilarious. From Best Avi Award, Biggest Redskin Fan Award, Dallas Hater, to Thirstiest Tweets and Baby Momma Of The Year Award.

Charge up your iPhones and iPads, Androids, and Blackberry’s (if you still doing the Blackberry thing) and help us select the winners. All winners will receive prizes. Nominate your picks for the twitter awards by sending a DM or tweet to @ezstreet

The nomination categories for the first annual EZ STREET SHOW TWITTER AWARDS are:

See You August 15th at Liv Nightclub!!! Make sure you follow @ezstreet to stay in the know #DMVOnLock

For all press and media inquiries, please contact Nadia Taylor (240)704-9855 or NadiBadGal@gmail.com.