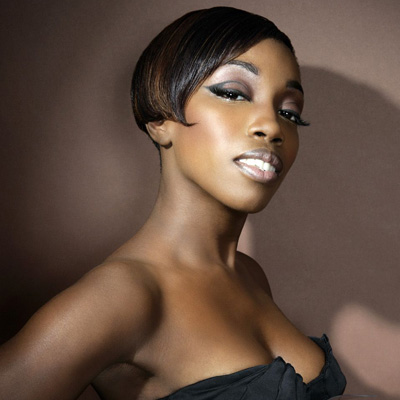 Estelle performed at a private listening party at the Park nightclub and lounge on the evening of August 5, 2012. The event was sponsored by Rosa Regale.

ESTELLE AT THE PARK PRESENTED BY ROSA REGALE
The complimentary beverages, edibles and marketing hand outs provided to patrons set a classy tone. Those attending felt like they were truly receiving an exclusive experience with the artist.

Estelle had performed at the Spirit Festival held at the Merriweather Post Pavilion the day before. It was assumed that her voice would be exhausted… on the contrary!!!

Estelle took the stage with her back up singers without skipping a beat. She performed as if she weren’t in a sweltering arena the day before. The petite poised Ebony Englander sang old (Break My Heart, Thank You (for making me a woman), new (Wonderful World and Freaky) and classic hits like Madonna’s Borderline from the bellows of her alto vocals. The strength of her voice was mesmerizing. Even though she had a microphone, the support used to convey the notes was the obvious source of her ability to easy “recuperate” vocally.

The feisty bawdy yet classy singer/rapper did not hesitate to get the conservative Washingtonian patrons to put aside the stiff energy that initially filled the club. Estelle got the crowd told honey! “Look I like…”…. “I know this is DC but, we gonna do it like this….” . By the way, there was a beautiful array of humanity sprinkled among the thick layers of “chocolate”.

At one point the artist became slightly emotional by the crowds heartfelt memorization of the smash hit THANK YOU! The crowd was singing the song to the top of their lungs. Estelle was pleased.
The finale song “Wonderful Life”, which paid tribute to our many blessings, was toasted with a glass of the sparkling Rosa Regale upon its conclusion. Yes, everyone in the audience received a glass or two or three of the sponsor’s beverage and drank to prosperity, well being and joy. It was an awesome evening!

Estelle has several hits on her All of Me album. It contains the hit FREAKY and Wonderful Life.