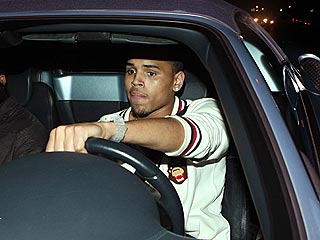 Chris Brown has been seen in Miami partying hard, but it wasn’t really him. According to PEOPLE:

Days after their reunion in Miami Beach, Chris Brown and Rihanna are “staying close to home” together, says a source.

An earlier report that Brown was partying at the Gansevoort South hotel with Reggie Bush and Khloe Kardashian on Saturday night turns out to be a case of mistaken identity.

Kardashian wrote on her blog, “So I woke up this morning to a ridiculous amount of missed calls and news EVERYWHERE that I had been spotted out and about in Miami with Chris Brown. The funny part about this alleged ‘news’ is that I’ve never even met Chris Brown!”

The reason for the confusion? “Reggie’s best friend looks just like Chris Brown,” says a source close to Kardashian. “They were all at the Gansevoort, but it wasn’t Chris.”

As for Brown, who’s been photographed riding a Jet Ski while in Miami, “Chris continues to be reflective, spending time with Rihanna, staying close to home and working on his music,” says a source.