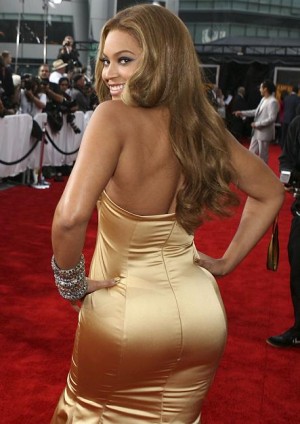 One excited fan just couldn’t handle Beyonce’ and her bootylicisous behind and decided he had to smack that azzzzz!!!

While performing in Denmark this past weekend, Beyonce’s cheeks were swaying and sashaying across stage in her blue cat suit. After singing the lyrics, ‘to the left, to the left’ in front of the fan that she acknowledged as “Big Boy”, she began to walk away and he smacked her on her booty. Beyonce whipped that air and turned around faster than a hoodrat chasing an ice cream truck warning that she would have him escorted out. Not sure how this happened with her superhero-esque bodyguard Julius on the job…but check out the video below:

REMIX!!!! WALE TEAMS UP WITH RIHANNA FOR "BAD" [NEW MUSIC] LOVE IT OR LEAVE IT??? Kelly Rowland Feat. Beyonce’ and Michelle Williams “You Changed” [NEW MUSIC]